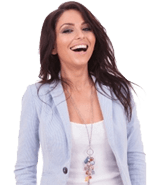 Two young guys were picked up by the cops for smoking marijuana and appeared in court. The judge said, "You seem like nice young men, I'd like to give you a second chance. I want you to go out this weekend and try to show others the evils of drug use. I'll see you back in court Monday." On Monday, the judge said to the first one, "How did you do over the weekend?" "Well, your honor, I persuaded 17 people to give up drugs." "17 people? That's wonderful. What did you tell them?" "I used a diagram, your honor. I drew a little circle in a big circle and told them the big circle is your brain before drugs and the small circle is your brain after drugs." "That's admirable," said the judge. "And you, how did you do?" (to the 2nd boy) "Well, your honor, I persuaded 156 people to give up drugs." "156 people! That's amazing! How did you manage to do that!" "Well, I used a similar approach. (draws two circles) I pointed to small circle and said, "This is your ass hole before prison....."

These jokes are our all-time most popular jokes based on your feeback. Cast your votes today!

Bob: "Will you remember me tomorrow?"

Bob "Will you remember me next week?"

Bob: "Will you remember me next month??"

Bob: "Will you remember me next year?"

Bob: "See, you forgot me already!"

Yo mama is so fat, when she wears a yellow raincoat, people yell "Taxi!"

Yo momma's so fat, I took a picture of her last Christmas, and it's still printing!

Yo moma so stupid when she walked into Walgreens she said, "These walls ain't green!!"